After her divorce, Jackie found herself starting over again. She moved from Wellington to Auckland in 2005 with four children between the ages of 1-13 years.

“I had a lot of debt from my marriage to pay and was constantly receiving notices from collection agencies. Trying to rent a home in Auckland as a single parent with bad debt meant that I was seen as a risk for rental homes. Reluctantly I had to move into my parent’s house and share one room with my four children. I couldn’t see myself owning a home as a single parent.

I thought there’s no way banks would touch me with a 10 foot pole. I was resigned to the fact that I’d be living with my parents or others until my children left home. I realised that if I was going to get ahead and try and rebuild my life again I needed to get a better paying job which meant that I had to return to study to further my qualifications.”

Over the last 10 years Jackie has worked hard to get into work she really enjoyed and has now found that she can support herself and her children without being on a benefit.

“Eventually I was able to rent a home, but the cost of renting was still really hard to afford on one income. I moved several times, staying with friends and family members over the years but this was unsettling for my children.

In early 2013, a work colleague introduced me to the Housing Foundation’s Affordable Housing Programme. Then I went to a presentation held in the community and listened to what was required to apply for a home. I had reservations about the programme and believed that I wouldn’t be considered due to my circumstances, and that I would not be a suitable candidate. At that point I decided not to go any further.

But in late 2013, the Housing Foundation came and gave a presentation at my workplace, and this time I decided to submit an application for one of the new homes in the upcoming Waimahia Development. I remember when I completed the form on the website and I received a reply to advise the criteria I needed to meet to be considered for a home. I saw that I was not eligible because I was a single parent and did not meet the income threshold. I also had a bad credit rating and hardly any savings.

Jackie began to see that her vision of becoming a homeowner was possible.

“In January 2014 I was accepted onto the programme for the Shared Home Ownership scheme. The support I received from the team at Housing Foundation was overwhelming.”

Jackie put some short-term goals in place to improve her financial position and managed to pay off her debts. In September 2015, Jackie and her two boys moved into their 4 bedroom home in Waimahia Inlet and have now settled into the community. 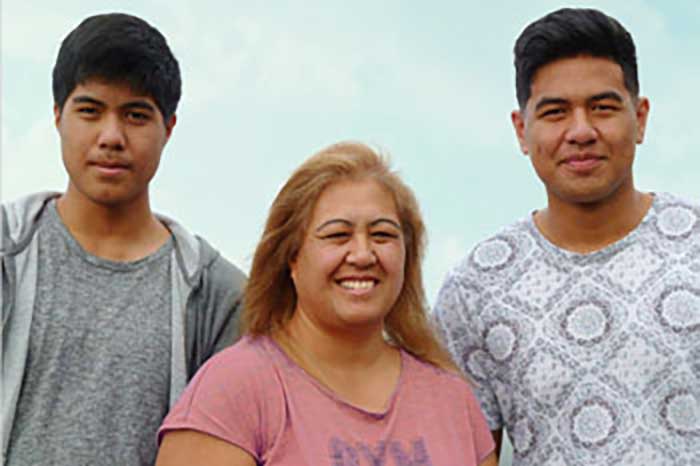