A Place to call Home – The Powell Family

We had good jobs in Fiji, but for a variety of reasons including health and healthcare, we decided to make the move. We had other family who had moved here before. They said that there were great opportunities here and encouraged us to make the move. It was a massive change for us. We wanted a place to call home and even though we had started saving in Fiji before we left, we also needed to get work as quickly as possible too.When we arrived we moved around a lot and stayed in different places supported by our extended family. I needed to find work, so the first job I got was as a bin boy for a recycling company. They needed someone to pull bins away from cars on the streets, and set them up for the recycling trucks. So I took the job. Then after a few months they needed a relief driver so I went and got my licence and then started work as a relief truck driver.”

Lolita: “I was also looking for work. My Aunty knew of a job that was available at Presbyterian Northern, doing support work in the community in Papatoetoe and Mangere. I applied for that job, got it, and ever since then I have been working there.

Once we had work and income sorted out, we really focussed on our dream of having a home of our own.

It was hard work. Prices were very high. The deposits that were required were huge. Prices were going up very quickly. We were not sure how to make it work, even though both of us were working. Things were not affordable.

While we were moving from house to house renting or paying board, I did some research on the internet and I found the Housing Foundation and this idea of shared home ownership. I made contact and one of the team called us back and came to visit us. When I first saw it on-line I said to Warren ‘I am not sure if this is for real’.”

Warren: “When he came to our rental house he was very genuine and he said he was impressed with how well we were looking after it. If it is not yours, it is right to look after it, and you hope that others would do the same for you. He said he wanted to help us. It took about two years from the first contact until we moved in here to our home in this community. We were helped by our life savings which we brought with us to New Zealand. That meant we were able to step into the shared home ownership programme rather than starting with the rent to buy.

Lolita: “The majority of work I do is with older adults. It is so enriching and fulfilling making a difference in other people’s lives. I am grateful and thankful that we made the right choice to come to New Zealand and to work with the Housing Foundation, there is no turning back. We are moving towards buying Housing Foundation out.

“I believe that it is with divine intervention that all this was possible because while searching we as a family prayed and asked God and I believe that he always gives his best to his children. At first it was overwhelming but now our circumstances have changed because Warren was offered a ten year contract as an owner driver at the recycling company. This provides us with an opportunity to set a new goal to pay off the house while we have safe, secure income. We are happy here.

If you don’t set goals, you will never reach them.” 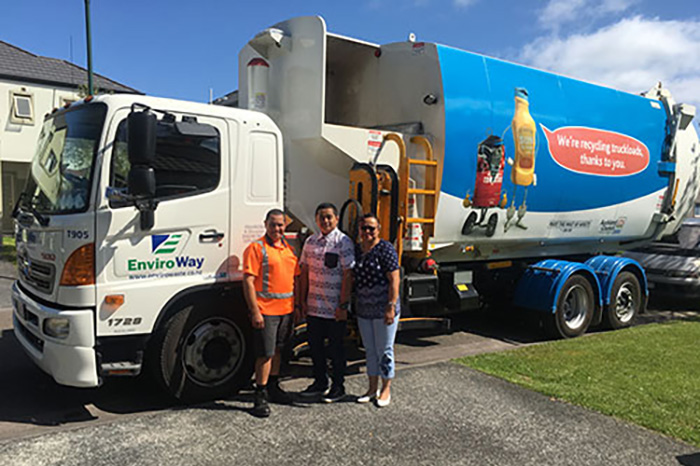